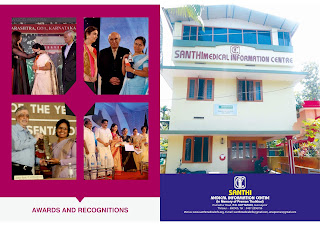 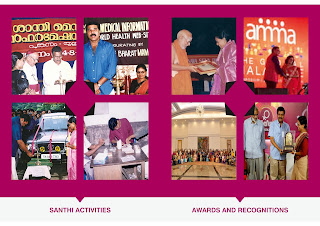 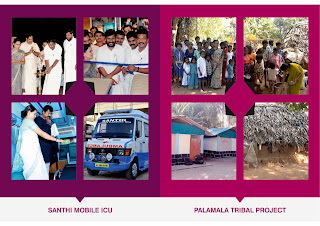 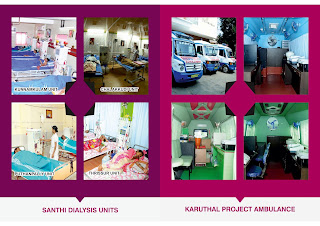 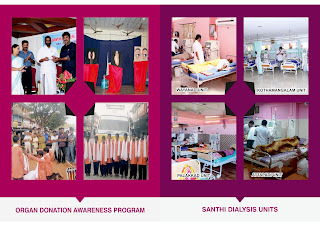 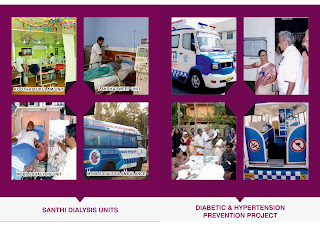 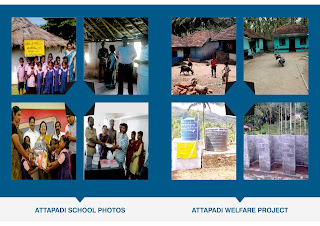 Ms. Uma Preman is hardly 46years old while her immense sphere of activities and achievements seems to be hard to believe compared to the potentials of a short life-span especially a female’s. Born and brought up in Tamilnadu to a Malayali family, Ms. Uma hails from the very common class of society. She had that innate spark of humanity perhaps inherited from her father, a simple factory labour who dedicated his off-factory hours to serve the diseased fellow beings. Life was tough to young Uma who had to go through the hardest of life situations from an earlier age of eight years. Life has been molding her to do greater things for the future. Literally ‘wed-locked’, at the age of 19, Uma had to become the third wife to Mr. Preman, who was aged and ailing. Coming to Kerala, Uma had to spend her later years of married life in hospitals nursing the diseased husband until she was left alone to widowhood at the age of 27.
The life at hospitals made Uma to come across the aching life of patients and their family. There she realized, often the poor people couldn’t reach or utilize the available facilities due to ignorance and lack of proper medical information. It was the early 1990’s internet or other information systems were not commonly available. Thus Uma decided on her path of operation and in 1997, Santhi Medical Information Centre was founded as charity trust in the Thrissur district of Kerala.
It was a one-woman-venture in all its sense. She travelled alone all over India and collected detailed information on available medical facilities, experts on specific medical fields, medical grants and government heath aids to the poor etc.  In those days Santhi was answering around one thousand queries per day giving medical information like affordable treatment facilities, the expert practitioner’s available, immediate medical advice, medical grants for the poor etc.
By donating one of her Kidneys to a youth in 1999, Uma proved with her own life that her commitment to humanity is as strong as her ‘self’.  She could also motivate others to organ donation and coordinated more than 680 transplantation surgeries. By the time, Uma was able to elaborate the activities of Santhi mainly among the kidney patients, from Donation Awareness Program, facilitating society support to the poor through the formation of local committees, Kidney Transplantation Surgeries, Post Surgery Medication Assistance, Free and Nominal Cost Dialysis Centers, Mobile Dialysis unit first time in India etc.
From the initial strength of single staff Santhi has developed into a full-fledged charity institution with 85 staff and hundreds of voluntary staff. It has 10  advanced Dialysis Units and two Mobile Dialysis Unit offering around 2000 dialysis every month in which 1200 dialysis at free of cost and the rest at a nominal rate. It was a revolutionary step in Indian Medical Sector especially in Kerala, as it encouraged charity organizations to start up discounted dialysis centers and forced many private sector hospitals to lessen their charges for dialysis.
Heart surgeries are unbearably expensive for the poor patients. The knowledge on facilities from her nationwide research enables Uma to find out and thereby facilitate affordable heart surgeries to the poor at different hospitals across India. Santhi Information Medical Centre facilitated 20,500 heart surgeries, around 108 Free Medical Camps and more than 2,00,000 Dialysis in a short period of time.
Uma Preman is a solacing resort to the mentally broke down patients and their family as she gives moral support and care making them strong to get over the hard times. As a woman she very well identifies the helplessness and hardships of women put in such physically, financially and mentally collapsed situations. She is able to motivate them exemplifying her own life.
No activities of Santhi has been put aside given that its director Uma being a woman. Finding sponsors, meeting the enormous expense of Santhi’s activities, purchase and maintenance of machineries, coordinating the day to day affairs of the various dialysis units, conducting campaigns and awareness programs etc. have been successfully done solely by Uma for the past 18 years.  She travels alone to most of the foreign countries seeking and arranging aid from the NRIs, gives there interviews and awareness through media about Santhi’s activities and be of help to lots of them at native.
Uma never waits for others assistance if it is something which can be done by her, so only she works more than 19 hours a day for the past 18 years doing everything from the basic clerical woks. Personal life is secondary to Uma and her only son also understands her selfless service as he has been to boarding schools from the age of five while his great mother devoted all her time to the suffering lot. Now he also assists the activities of Santhi with his mother.

In 2007, Uma successfully carried out the Palamala tribal rehabilitation project by adopting 33 members of five tribal families of Palamala, Palakkad. By closely interacting with tribal life, the families were provided with food, houses and employment facilities. Now santhi is doing tribal welfare project at attapadi and bhothathankettu. Uma regards the commitment towards the marginalized and the weaker section of society as our responsibility rather than charity.
Uma noticed that kidney patients are increasing day by day and the only solution is either to undergo transplantation or continue dialysis.  However, due to the lack of donors, hereditary diseases and their low financial status etc most of these patients are depending on dialysis to extend their lives. Many patients have died, unknown and unheralded simply because they could not afford the charge of dialysis .many patients have to travel long distances just to get to a dialysis clinic. Some die without knowing that, they have kidney failure and they could be help by dialysis.
Thus SANTHI realized the importance of awareness about the life threatening diseases like B.P and Diabetes. We successfully implement a one year project in all panchayath’s in 14 districts. Our mobile unit is reaching all the rural and urban areas of Kerala to spread the message of life style modification to prevent the diseases caused by faculty lifestyle. We have prepared various educational materials including a Tele-film which will be screened throughout Kerala Now planning to do the same awareness and prevention project with the support of world Diabetic foundation all over Kerala. Our motto for the project is "Prevention is better than cure".
Ms. Uma Devi Preman is never away from social issues and actively involves and interacts with them all along. She voices out her views on grave social issues through campaigns, articles, mass petitions and readily takes part in them calling for action. Woman being the embodiment and source of power and energy, Uma manifests the stronger sides Womanhood through her life. She is a source of help to most of the people around her as they approach her for solving their various problems from family issues to financial crises. Her will power and strength of mind make her perform things better than a man.

Renowned people from all sectors of society acknowledge and admire Uma’s activities and shoulder her in promoting the awareness and charity programs of Santhi. Mr. Sarathkumar (MLA and Film Actor) and Mrs. Radhika Sarath Kumar extend their support to Santhi’s activities and serve as its goodwill ambassadors. There are other south Indian film celebrities like, Mammootty, Mohanlal, Kalabhavan Mani, Suresh Gopi, along with so many political and business personalities recognize the need and relevance of Ms. Uma Devi Preman’s endeavors.
Numerous awards and recognitions including Vanitha Woman of the year 2015, Asianet sthree shakthi puraskar 2014, CNN’s Real Hero Award etc endorse the noble path of her activities. As a woman she had to get over lots of hurdles in her life and path of operation, but her ignited self and will power continue lead up her ways all along.   A life wholly devoted to charity, Uma enlightens the meaning and worth of human life. More than words her deeds make a difference in society underlying and upholding the value of womanhood.